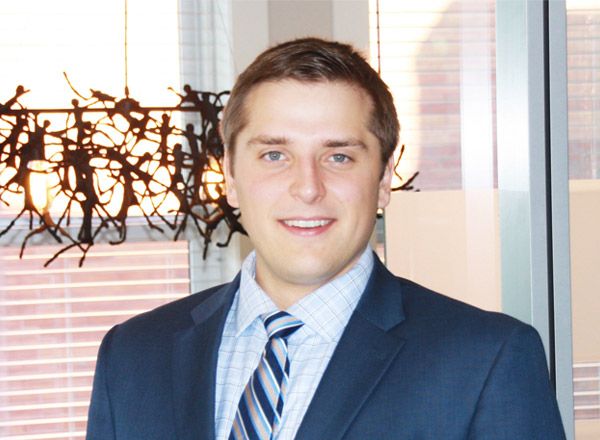 “I have always been attracted to the extraordinary and the pursuit to being a global citizen is important to me. HazloLaw, which ceaselessly pushes personal and professional boundaries, is awash in the most interesting work, locally or from around the world. I feel right at home with such an enthusiastic and supportive team.”

Alexander is an articling student at HazloLaw following his graduation from the University of Manitoba law school at Robson Hall. He facilitates the lives of Hazlo’s lawyers by meeting and corresponding with clients, conducting legal research, and drafting legal documents.

In law school, Alexander was heavily involved in Pro Bono Students Canada, which included producing pamphlets and presentations providing legal information for Franco-Manitobans and conducting legal research of negligence claims for a non-profit organization that aids at-risk youth. Also during law school, he studied on exchange in Sweden and Israel. In 2019 Alexander represented Manitoba at the Laskin Moot Competition in French, where he and his team were awarded The Spirit of the Laskin.

He obtained his Bachelor of Arts Honours Degree in History and German from the University of Manitoba, which he completed part of in Germany, funded by a prestigious scholarship from the Deutscher Akademischer Austauschdienst.