On September 5th 2019, leading Somaliland women’s rights activist and former Foreign Minister Edna Adan Ismail attended at the offices of HazloLaw – Business Lawyers where she met with Martin Aquilina in order to discuss a potential action plan that would aid Somaliland in its quest for recognition of its sovereignty.

Ms. Ismail is one of the most prominent public figures of Somaliland: she manages a hospital that she founded, the Edna Adan Maternity Hospital, campaigns against female genital mutilation, and more recently, she pursues the sustained lobbying effort for Somaliland’s recognition by the international community.

After having been a British protectorate for 73 years, Somaliland gained its independence from Great Britain on June 26th, 1960 and enacted the first Constitution of the Independent State of Somaliland. The day after independence, the Somaliland legislature passed the Union of Somaliland and Somalia Law (Law of Union), which was to be signed by the authorized representatives of both the peoples of Somaliland and of Somalia, then an Italian colony. Although the former signed the treaty, the legislative assembly of Somalia approved “in principle” a different treaty, referred to as the Atto di Unioni or the Act of Union. Following this, members of the Somaliland and Somalia’s Legislative Assemblies met in a joint session during which the Constitution drafted by Somalia was accepted by acclamation, without discussion.

On June 20th, 1961, a referendum was held on the new constitution, at which time the dissatisfaction of the peoples of Somaliland became very apparent. Of those who voted, a majority did so against the Union and many people abstained from voting to show their displeasure. Eight years later, a military coup from Somalia overthrew the civilian government and abolished the Somali Republic’s constitution. From 1969 to 1991, the military junta engaged in a systematic abuse of Somalilanders’ human rights, resulting in half a million people taking refuge in camps of surrounding regions and an estimated 100,000 casualties.

Once the military dictatorship was defeated by paramilitary groups, the people of Somaliland opted to restore their sovereignty and liberate themselves from Somalian hegemony. The Grand Burao Conference of 1991 took place and was attended by the traditional leaders of Somaliland, and a transitional government was appointed, subsequently reinstating the independence of Somaliland.

Today, Somaliland is one of the most stable countries in the horn of Africa while Somalia sits at the top of the list for failed states, according to the Fund for Peace’s Fragile State Index. It is generally acknowledged that Somaliland’s lack of international recognition is impeding international relief and development as well as foreign direct investment.

While the criteria to establish statehood are generally agreed upon as a matter of international law, achieving recognition is also a diplomatic endeavour.

HazloLaw would like to take this opportunity to thank Ms. Ismail and Ms. Loula Isman, Canadian representative for Somaliland for honouring our offices with their presence. 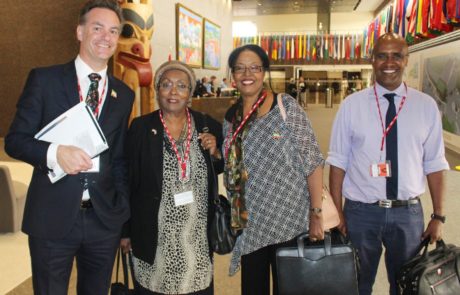 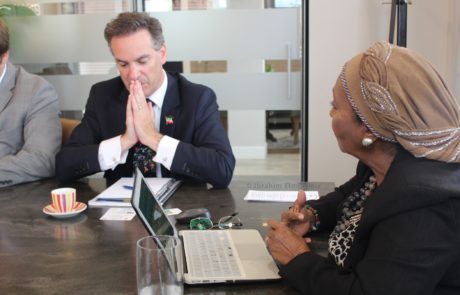