International law is a discipline that spans many different areas of the law, from diplomatic problems to those affecting the art world, from humanitarian aid to transnational business. Agreements and other legal documentation must be carefully drafted and customized to ensure that they are interpreted effectively across borders.

Further, an international contract needs a lawyer to review how it will be performed, such as deciding on the appropriate dispute mechanism, payment methods and overall risk mitigation. The multifaceted nature of international law requires counsel that is imaginative and flexible and that brings together a broad knowledge of commercial law, dispute resolution and cultural awareness.

Our team at HazloLaw-Business Lawyers can facilitate your understanding and navigation of the world of global business and help you tackle all of your international challenges and opportunities. 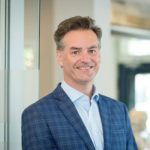 When doing business with parties located in different jurisdictions, contracts ensure the enforcement of agreements while providing certainty of terms.

When faced with an international dispute, strong knowledge of a branch of law known as Private International Law is critical.

If you’re facing a situation where a standard off-the-shelf contract just won’t do, HazloLaw – Business Lawyers are here to help.

We put our team’s talents and expertise to work for other lawyers while fully respecting their relationship with their client.

What Our Clients Say

Thanks to Martin’s knowledge of international legal procedures, we were able to avoid a costly trial and settle a seven-figure claim for under six figures (legal fees included). Martin and his team kept us focused on our objectives, took the lead to lay out multiple scenarios and managed the process for us. I would not hesitate to recommend Martin to any company engaged in an international legal dispute.

Martin’s expertise and personable nature is beyond anything we’ve ever encountered. Beyond the top-notch, attentive, indispensable legal advice and services Martin provided, his personal approach with us has to be what we deem as most valued. Even though he and his office are over 250km away from us, he was as convenient as the town lawyer 2km away.

HazloLaw did an excellent job on our international business case. We were looking to establish a company in Bulgaria and had no idea where to start. Martin took care of everything for us: contacting the right authorities, making arrangements for incorporation in Bulgaria, translating, notarizing, and couriering documents, and setting us up with accounting services to manage our taxes and payroll. HazloLaw was extremely knowledgeable and professional throughout the entire project. We will continue to use their services for any international legal work.

We’ve been very happy with the service provided by Martin. Martin’s attention to detail, combined with his vast business knowledge is a great asset to any business, especially ours!

Amazing service. Top notch insights. Would never use anyone else.

I had the pleasure and good fortune to work with Martin Aquilina regarding the settlement of an international estate that also involved commercial property. The matter was complex and involved extensive property in two countries. That Mr. Aquilina is highly skilled in these matters was apparent to me from the beginning. But what set Mr. Aquilina apart from other legal counsel, in my view, was his ability to hone into the very root of the issue, discern the risks and opportunities that were not readily apparent on the surface, and develop a strategic response that resulted in a very satisfactory outcome.

HazloLaw was recommended to me by our accounting firm as a boutique firm with a high focused service level. Martin Aquilina was assigned our account and has been acting as lead Counsel for a number of years. Since we entered into this relationship we have brought on foreign investment, created multi-faceted supply agreements, completed asset acquisitions, and established Joint Ventures in other countries. This has led to 4X growth. Thank you to Martin and the HazloLaw team for their assistance helping us achieve the level of success we have. And for helping establish a foundation that will allow for significant additional growth both domestically and internationally in the years to come.

Why hire an international lawyer?

International Lawyers are retained when there is a legal challenge or opportunity that implicates a foreign jurisdiction. Perhaps you operate a business locally and want to franchise it abroad, or perhaps you want to sign contracts with foreign distributors to sell your product internationally or even open a subsidiary in another country. On the other hand, maybe you are involved in a dispute and are being sued by a foreign party or want to bring a claim against one. In all of these situations, hiring an international lawyer means that you will be retaining an expert with knowledge of international rules and usually at least a basic understanding of foreign legal systems.

At HazloLaw – Business Lawyers, we have a wealth of experience advising foreign companies entering Canada, as well as Canadian companies expanding into foreign markets. We also have the proper understanding and experience in the handling of disputes with an international component and can help you ensure that the overall outcome of your case is an optimal one.

Martin brings to the Firm what many lawyers seldom do: a passion for helping people resolve complex or unorthodox legal issues. This thirst for exploring what many hesitate to take on, coupled with over 20 years’ experience across a wide spectrum of practice areas and industries makes Martin a lawyer that you want acting on your behalf. Should your needs be international in nature, Martin brings to the table a unique mix of linguistic abilities, training in both civil law and common law systems, a solid knowledge of international legal instruments and European law, a wide international network, foreign work experience and sensitivity to cultural differences. By bridging distinct legal systems, Martin can remove unnecessary uncertainties that are hampering your deal or complicating your personal issues.

A foreign party is bringing a legal claim against me. Can I just ignore it?

If the claim is being brought in Canada, the short answer is no. Canadian courts are very welcoming and foreign plaintiffs are essentially treated on the same footing as local ones. However, Canadian defendants can avail themselves of certain procedures in order to “attack” the jurisdiction of the Canadian court, either by demonstrating that the court does not have jurisdiction over the case or that another court, perhaps in the plaintiff’s own country, is better suited to hear it. Also, in most provinces, a motion can be brought to force the plaintiff to post security, a move which can discourage plaintiffs from pursuing their claim or stall the proceedings while settlement efforts are pursued.

On the other hand, if the claim is being brought abroad, a Canadian defendant may be somewhat more tempted to ignore it on the basis that the defendant does not have assets or business interests in the foreign jurisdiction. Yielding to such temptation may be a bad idea since a determined plaintiff will proceed with its action (all the more easily if it is undefended) and then seek enforcement of the judgment in Canada. At this stage, it can be very difficult, and sometimes impossible, to prevent this from occurring. This is why in many cases it will make sense for the Canadian party to appear before the foreign court if only to contest its jurisdiction.

While any legal dispute can be a sticky matter, this is even more so when a foreign party is involved. Determining which law can be used most advantageously in a given situation, properly serving a foreign party, conducting discovery, and ensuring that a judgment is enforceable all require the type of expert handling that HazloLaw – Business Lawyers can provide.

Our company has been approached to participate in a joint venture (JV). What does that entail exactly?

A joint venture (JV) is a cooperative relationship in which two or more business entities work together on a specific project or business activity, usually limited in duration to a specific time frame. In Canada, unlike, say, Mexico, there are no written rules governing JVs like there are for partnerships. While incorporating a new company to house the JV is not essential, it would be terribly imprudent not to have a written joint venture agreement in place to outline the purpose of the relationship, the members’ contributions (financial or operational), their obligations, the term of the agreement and its termination, and the distribution of revenues and expenses. Distinct from other commercial agreements, a JV agreement may provide for a set of operational principles and rules as opposed to fully articulated obligations, leaving the parties with greater operational freedom while keeping a baseline to which they can refer to. At HazloLaw, our business lawyers have extensive experience drafting, reviewing and negotiating joint venture and partnership agreements.

What is a Letter of Credit and how can HazloLaw – Business Lawyers assist ?

A letter of credit (LoC) is a document issued by a bank (the issuing bank) at the request of its customer by which the issuing bank provides a binding undertaking to make a payment of money to a third party (the beneficiary). It is a financial contract between a bank, a bank’s customer and, typically, the client or supplier of that customer. LoCs are often used during international trade transactions to “bridge the trust gap” that is, the risks run by one party that it will not receive the goods or services it has contracted for, and by the other party that it will not get paid.

A LoC can be of the standby variety, in which case it is not meant to be drawn unless a party has defaulted, or of the irrevocable variety, in which case it is meant to be a method of payment. While a LoC is drawn up in the context of a contract for the purchase or goods or services, its strength lies in the principle of autonomy, which ensures that notwithstanding any disputes or disagreements arising from the performance of the underlying contract, the issuing bank must pay the supplier as long as the demand for payment is accompanied by the documentation that had been agreed upon when the LoC was issued. At HazloLaw – Business Lawyers, our lawyers can work with your bank to craft a LoC that will best protect your interests.

On November 30, 2020, significant changes to Goods and Services Tax (GST) and Harmonized Sales Tax (HST) were proposed in the Federal Finance Minister’s 2020 Fall Economic Update (the “Update”).  The new rules, which have [...]

Bill S-216, An Act to enact the Modern Slavery Act and to amend the Customs Tariff, was re-introduced late last year in the Canadian Senate. Bill S-216 is an update of Bill S-211, which was introduced [...]

Introduction On January 9, 2020, the Ontario Court of Appeal released its judgment dismissing the appeal of an order in the case of H.M.B. Holdings Ltd. v. Antigua and Barbuda (Attorney General), [2020] O.J. No. [...]