There are a variety of measures in which the CRA assesses taxpayers when it believes a taxpayer is evading tax. Some examples of these measures include the following:

The CRA can be overaggressive in reassessing tax plans and therefore a thorough defence can result in a positive outcome for the taxpayer. 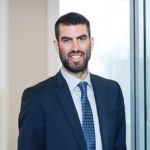